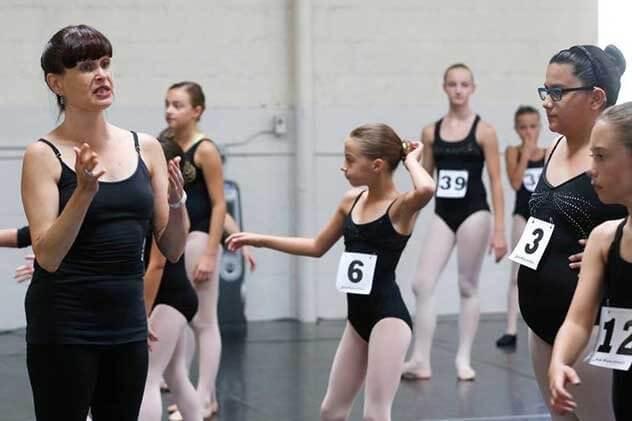 Jill Landrith, who has led Ballet Wichita as artistic director for 20 years, announced her retirement this week.

Landrith said she is stepping down from the position to focus more on teaching and developing her private ballet school, the Jill Landrith School of Dance.

“I finally added up how many years I’d been there and I thought, wow, 20 is a nice round number,” she said Friday. “Then I had five years of associate artistic director before that, … so it just seemed like that would be a good number to go out with.”

She said in addition to pursuing more one-on-one coaching opportunities at her school, her retirement will allow her to pursue other creative ventures “that have piqued my interest through the years that I waited for.”

“You give yourself 100 percent to everything and after 20 years it’s like, OK, let me just hone in on something,” Landrith said.

Landrith will transition out of her position over the next few months, and she will remain with the organization through its summer performances and events.

“The legacy Jill has built in the Wichita and Kansas dance community is astounding,” Michael Frimel, vice president of the Ballet Wichita Board of Directors, said in a news release. “Her dedication to our dancers and to the promotion of dance in Wichita has been inspiring.”

Many of Landrith’s former Ballet Wichita dancers are quick to praise her.

Earlier this week in an unrelated conversation, a Broadway actress and former Landrith student, Shina Ann Morris, told an Eagle reporter Landrith was a major influence in her career.

“I did ‘The Nutcracker’ for about eight years with Jill Landrith being the director, and I’d say that was a huge step in my path, just for the way she directed, the way she taught professionalism to us,” Morris said. “She definitely taught longevity for a lot of her kids, and so she’s definitely someone who has influenced my life.”

According to the news release, 2016 was a record year for Ballet Wichita – the company added more cities to its “Ballet in the Park” series and added a third performance of “The Nutcracker.” The company performed for more than 10,000 people in December alone, according to the release.

Ballet Wichita will immediately begin a national search for a new artistic director, and plans to have either a new or interim director before the company’s annual auditions in late August.